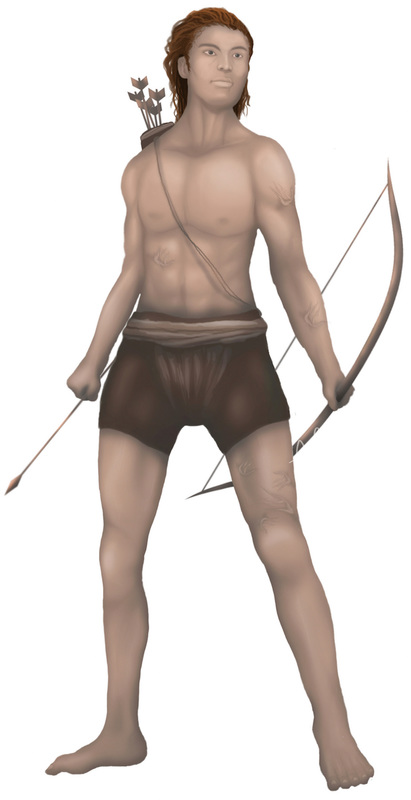 Andos comes into The Power of Ancients in the first chapter as a supporting character and continues through first several chapters. His people group, the Jupami, is not native to Jawa, but settled a century earlier after fleeing tribal war on Suvarna (Sumatra). The matriarchal structure of Jupami leadership, where the women order the societal structure, allows the men to hunt and pursue physical prowess. They are Jawa's most skilled warriors.

Later, Andos re-enters the story and adds his strengths to the main character's campaign. Some of the novel's best energy comes from Andos.

This artwork was done by a former student in Indonesia, Adythia Whira Dharma. He best captured the style and spirit of how I envisioned the characters.
Powered by